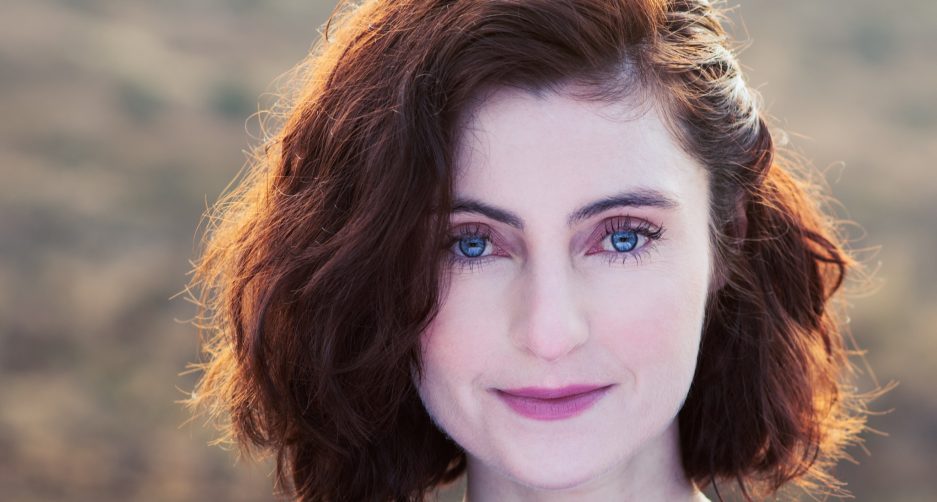 Rachel trained at The Royal Birmingham Conservatoire (Birmingham School of Acting) and has since worked professionally on stage in theatre and musical theatre. She will be playing Ariel in Folksy Theatre’s tour of ‘The Tempest’ this summer. Last Christmas she appeared as the Fairy Godmother and the Wicked Stepmother in Imagine Theatre’s ‘Cinderella’ at the Reading Hexagon. Before that she appeared as Marie/LaPlace in Bottlecap Theatre’s ‘The Limit’, which was on at the London Vaults Festival 2019 and won the People’s Choice and Outstanding New Work awards.

Rachel most recently appeared as Philofteia, Dracula’s Bride, in a live-streamed production of Dracula on Halloween. 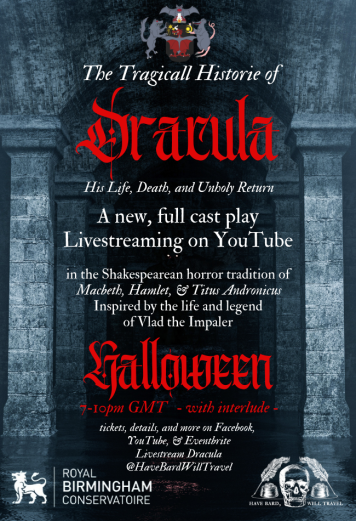 ‘Rachel Delooze has possibly the hardest role: she plays both the Wicked Stepmother and the Fairy Godmother. They are totally different characters and Rachel’s acting ensures that you never see them as two sides of the same coin. A wonderful performance.’ Phil Creighton – The Wokingham Paper, Cinderella 2019

‘Rachel Delooze is also wonderful as both Sophie’s mother Marie-Sophie Germain and Professor Pierre-Simon Laplace. Her comedic timing is impeccable and her characterisation is clear and concise.’ Amy Toledano – Within Her Words, The Limit 2019

‘Together, although only Delooze sings it, they have the title song which she delivers beautifully as a rueful and reflective ballad that could well contain Sondheim’s own feelings’  Johnny Fox – My Theatre Mates, Anyone Can Whistle 2017

‘Delooze and Stanley also pair up well – she petite and sassy, he awkward and nerdy – and their Act II duets ‘Come Play Wiz Me’ and ‘With So Little to Be Sure Of’ are two of the show’s high-points. As a soloist, Delooze also gets to enjoy the Sondheim standards ‘There Won’t Be Trumpets’ and the title song, both of which she handles with confidence.’ Craig Glenday – Musical Theatre Review, Anyone Can Whistle 2017

‘It is Rachel Delooze’s voice that steals the show however, with her solos in ‘Lesser God’ and ‘Angel in You’ ringing out through The Scoop’s amphitheatre.’ Will Bulteel – Attitude: Crime & Punishment, The Scoop 2016

‘There are some performances that wouldn’t go amiss in a West End musical. Zac Hamilton and Rachel Delooze’s talent, in particular, is made apparent in some of the closing ballads.’ Annie Starkey – A Younger Theatre: Crime & Punishment, The Scoop 2016

‘Rachel Delooze as Sonya and Angela Laverick as the consumptive Katerina deliver rich, strongly defined characterisations that complement the tone of the piece.’ Paul Vale – The Stage: Crime & Punishment, The Scoop 2016

‘There is also strong performances from Rachel Delooze as the sweet and loyal Sonya and Angela Laverick as the feisty and desperate Katerina, both proving that the characters are strong female roles to play.’ Emma Clarendon – Love London Love Culture: Crime & Punishment, The Scoop 2016

‘Rachel Delooze was wonderful as the manipulative and spiteful Tamsin, and had some epic one-liners that had the audience laughing profusely. A particular highlight was her fantastically awful audition for the role of Juliet in the school play and her consequent outrage at being cast as a servant with no lines.’ Love Midlands Theatre: Head Girl, Birmingham Fest 2016

One thought on “Acting”